There Is a New Security Vulnerability Named POODLE, and It Is Not Cute

October 15, 2014 Shane J Security Notifications Comments Off on There Is a New Security Vulnerability Named POODLE, and It Is Not Cute 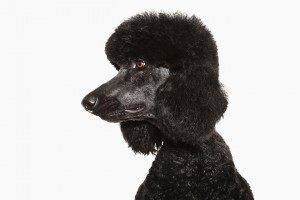 On a day when system administrators were already taxed addressing several security updates released by Microsoft, Oracle, and Adobe, there is now word of a new security hole discovered in a basic protocol used for encrypting web traffic. Its name is POODLE, which stands for Padding Oracle on Downgraded Legacy Encryption, and it was discovered by three Google security researchers—Bodo Moller, Thai Duong, and Krzysztof Kotowicz. They published a paper (.pdf) about it today.

POODLE affects SSLv3 or version 3 of the Secure Sockets Layer protocol, which is used to encrypt traffic between a browser and a web site or between a user’s email client and mail server. It’s not as serious as the recent Heartbleed and Shellshock vulnerabilities, but POODLE could allow an attacker to hijack and decrypt the session cookie that identifies you to a service like Twitter or Google, and then take over your accounts without needing your password.

To exploit the vulnerability, you must be running javascript, and the attacker has to be on the same network as you—for example, on the same Starbucks Wi-Fi network you’re using. This makes it less severe than an attack that can be conducted remotely against any computer on the Internet.

The attack works only on traffic sessions using SSLv3. Although this is an old protocol that has been replaced in many client and server configurations with TLS (Transport Layer Security), many browser clients and web servers that use TLS for connections still support SSLv3. Some products and browsers, like Internet Explorer 6 for Windows XP, only use SSLv3. There are also clients that support SSLv3 as an alternative to use whenever a TLS connection to a web server fails. An attacker could exploit this compatibility to downgrade a connection to SSLv3 and then conduct the POODLE attack to hijack your session.

Google’s security team has recommended that systems administrators simply turn off support for SSLv3 to avoid the problem. But this will mean that some users trying to connect securely to a web server using SSLv3 will have trouble connecting if they’re using a client that only supports this protocol.

“This attack is really against clients—you have to worry about it if you’re in a place like Starbucks,” says Rob Graham, CEO of Erratasec. “If you’re at home there’s probably no one man-in-the-middling you except the NSA. So as a home user, you don’t need to panic. As a server [administrator], you probably don’t need to panic if your customers are coming in over home connections. Only if they’re coming in over [something like] a Starbucks Wi-Fi.”

Heartbleed and Shellshock were vulnerabilities that allowed an attacker to hack a server. POODLE instead targets the clients.

“The fear of rushing to go fix this is very low because of that,” Graham says. “People with servers can’t get hacked, and people with [vulnerable] clients also can’t get hacked unless they’re on an open Wi-Fi.”

Important Note: As of January 1, 2015 Host 99 will no longer support SSLV1, SSLV2, SSLV3. Only TLS V1.1, TLSV1.2 combined with SHA-2 will only be supported. Any current SSL holders can renew their active SSL certificates early or wait until the current SSL expires that may be currently in use. After the mentioned date, only SHA-2 SSL will be used and installed. We urge any SSL holder to upgrade before this date but no interruptions will occur during the current period.